The court’s direction came on an appeal filed by the Centre against a Delhi High Court order allowing two persons to file ITR for 2018-19 without linking their Aadhaar and PAN numbers.
PTI|

Linking Aadhaar with the Permanent Account Number (PAN) will be mandatory for filing Income Tax Return for the assessment year 2019-20, the apex court has clarified in a ruling. With this, the court has turned the order given by the Delhi High Court early last year.
“For the assessment year 2019-20, the Income Tax Return shall be filed in terms of the judgment passed by this Court,” a Bench comprising Justice AK Sikri and Justice S Abdul Nazeer ruled in Special Leave Petition (Civil) involving Union of India as petitioner and Shreya Sen & ANR as respondent. This means if PAN is not linked with Aadhaar, the tax return will not be accepted. The Central Board of Direct Taxes (CBDT) has extended the date to link PAN with Aadhaar till March 31, 2019.

The government had filed an SLP (Civil) in the apex court against the decision by the Delhi High Court last February. The court had permitted the respondents herein to file the Income Tax Return for the Assessment Year 2018-19 without linking of their Aadhaar and PAN numbers and it was also directed that the Income Tax Department would not insist on producing their number of Aadhaar enrolment. The aforesaid order was passed by the High Court having regard to the fact that the matter was pending consideration in this court.

Practical difficulty
According to the apex court Bench, thereafter, the Court has decided the matter and upheld the vires of section 139AA of the Income Tax Act. “In view thereof, linkage of PAN with Aadhaar is mandatory,” it said. In so far as assessment year 2018-19 is concerned, the Bench noted the point raised by the counsel appearing for the respondents that the respondents had filed the income tax returns in terms of the orders of the High Court and the assessment has also been complete. Keeping the practical difficulty in mind, the Bench gave its order for returns to be filed for the assessment year 2019-20.

The apex court, in its ruling on Aadhaar last September, made it clear that an individual has to furnish his/her Aadhaar number or the enrolment ID while filing Income Tax returns. It has also made Aadhaar-PAN card linking mandatory as well as the requirement of Aadhaar when applying for PAN card. The new order has been giving taking cognizance of September ruling.

Penalty for late filing
It may be noted that details of income, saving etc. for the financial year ending March 31, 2019 must be given in the income tax return for the assessment year 2019-20. For the assessment year 2019-20, salaried individual and individuals (non-audit) cases are required to file the return by July 31, 2019 while for audit cases including corporate it will be September 30, 2019. There is penalty provision for late filing. For example, penalty of ₹5,000 will be levied if returns are filed after July 31 but before or on December 31. This will increase to ₹10,000 if returns are filed after December but on or before March 31 next year. The penalty amount will be ₹1,000 in case of income less than ₹5 lakh. 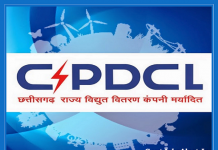 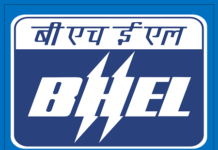