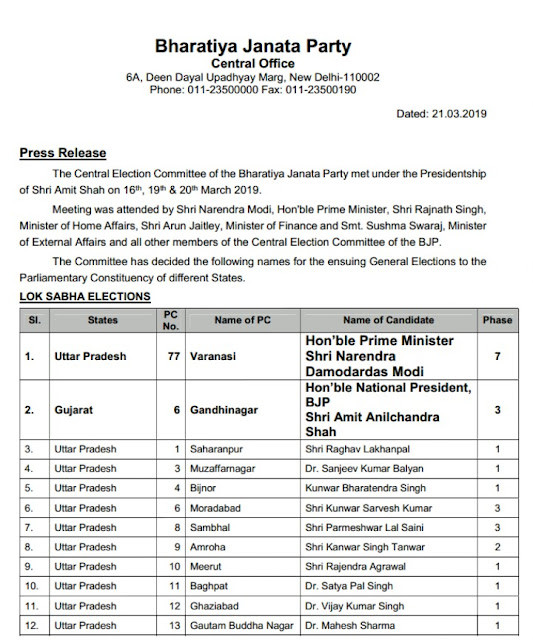 lok sabha election 2019 BJP candidate list
Lok Sabha Elections 2019 Date & All Information
NEW DELHI:
Here is a live update of Lok Sabha Election 2019 dates of India.
The Election Commission of India has announced that the Lok Sabha elections will start from 11th April and the counting of votes will be held on 23rd May, followed by seven different phases. Also, Chief Election Commissioner Sunil Arora said that the upcoming Model Code Code of Conduct will be implemented from next Sunday and 10 lakh polling stations will be set up.
The proceedings of the Lok Sabha Alliance 2019 concludes on June 3. As soon as the election is announced, the Code of Conduct will be implemented.Total 10 lakh polling stations will be set up in the total 543 Lok Sabha constituencies in India and necessary electronic voting machines and paper trail machines will be set up.
Lok Sabha ElactEle 2019 BJP Candidates List