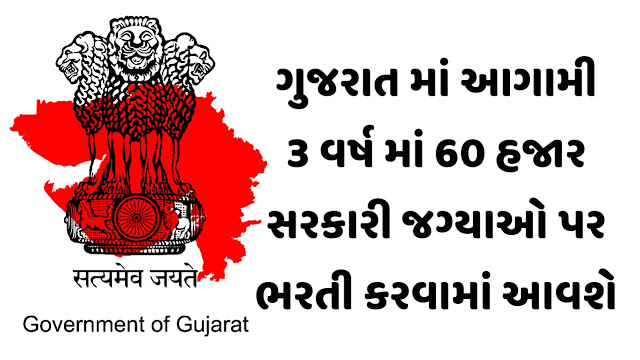 Mr. Nitin Patel stated that Gujarat is the employment creator state. Our government has decided to go ahead with its work in the next three years. Through the Sakhi Mandals, women have adopted self-employment opportunities by arranging self-employment, employment fairs and apprenticeships for the youth in the factories, and providing financial assistance to the youth.
In the past five years, employment has helped around 11 lakh people through employment recruitment fairs. In the past five years, one lakh eighteen thousand young people have been recruited in government services. There are plans to hire more than 60 thousand in the next 3 years.

Currently, 1.5 million Sakhi Mandals are active in the state. An estimated 20 million sisters are involved. So far, these trusts have been financing a thousand nine hundred million bank. The state government offers 5-8% interest subsidy and other financial help. Now the government has decided that in the next three years sisters will be encouraged to create 70,000 new Sakhi Congregations. Lending and interest assistance will also be assisted by newly formed Sakhi Mandals. Thus, self-employment opportunities will be made available to the tune of 70 million rupees for 25 lakh sisters. Around 15 lakh youths will get employment arrangements in the next three years through schemes like Chief Minister Apprenticeship scheme, Chief Minister Gramodaya Yojna, Vajpayee Bankable scheme, Human welfare scheme, the establishment of veterinary and family income revenues. Apart from the Mundra scheme, about 44 lakh beneficiaries have been paid Rs. 31, Lending of 877 crores has provided plenty of self-employment opportunities. In the next three years, the funding scheme will help newer lenders to at least 50 lakh beneficiaries and establish their business of choice.